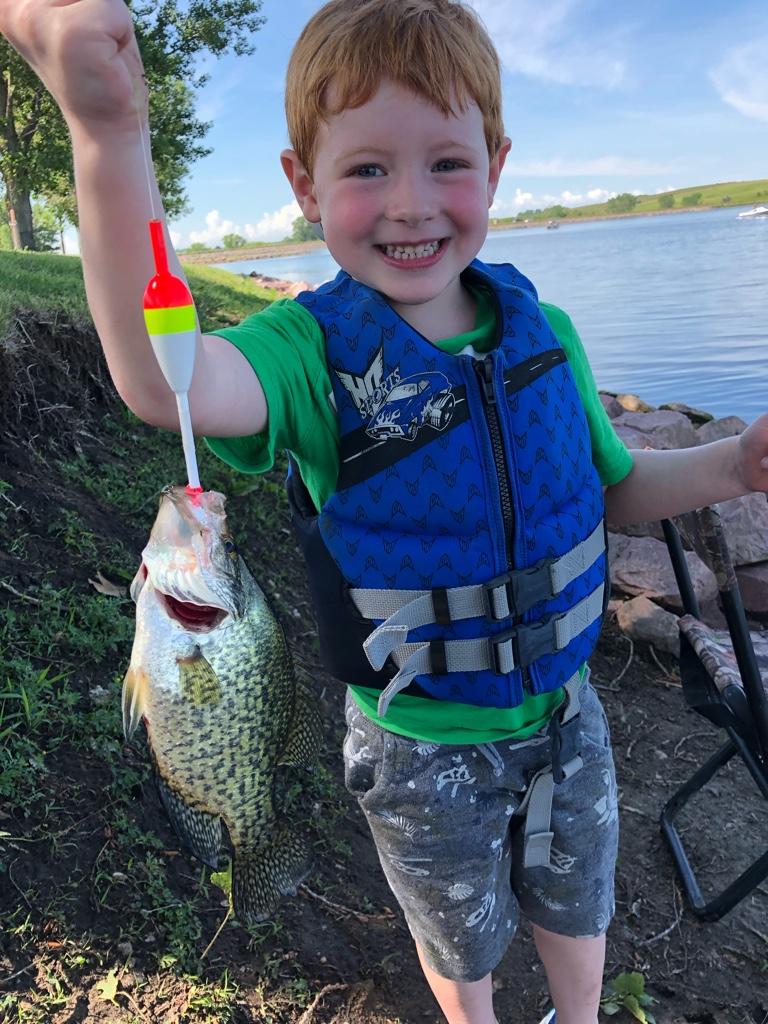 Sooo a few weeks ago I was contemplating selling my ModV duck boat.... I tossed it on the Craigslist and facebook... sold that sucker in 4 days for over what I was willing to accept as a price. Looked at my wife and she said “well if you’re getting another boat it better be what you want cause your never getting this chance again” I replied with “you’re gonna regret saying that”. I think she did lol. Now I got a new duck boat to go with my new duck dog. Them lake trout and sea ducks can go F$#% themselves, ain’t no hiding now! 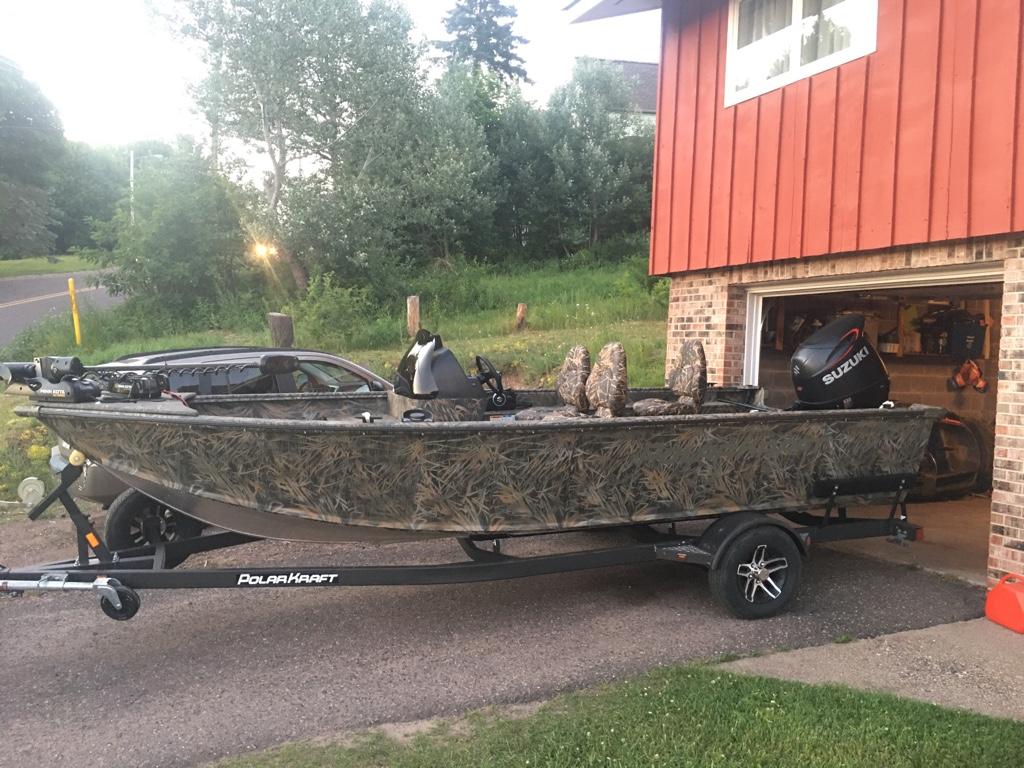 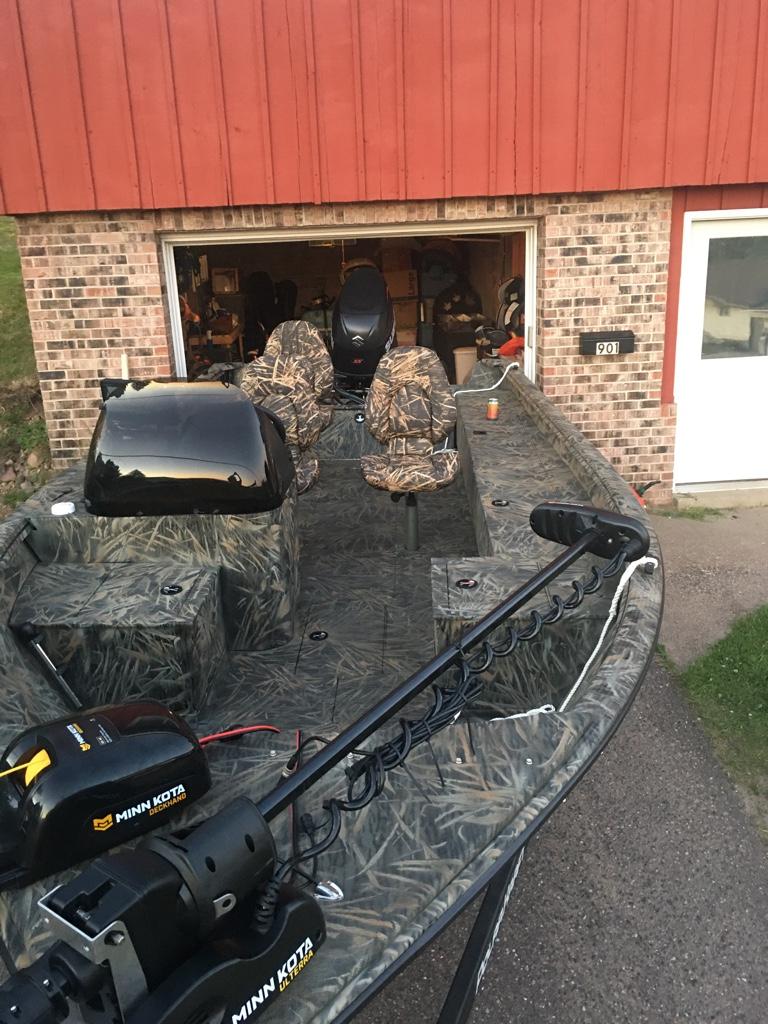 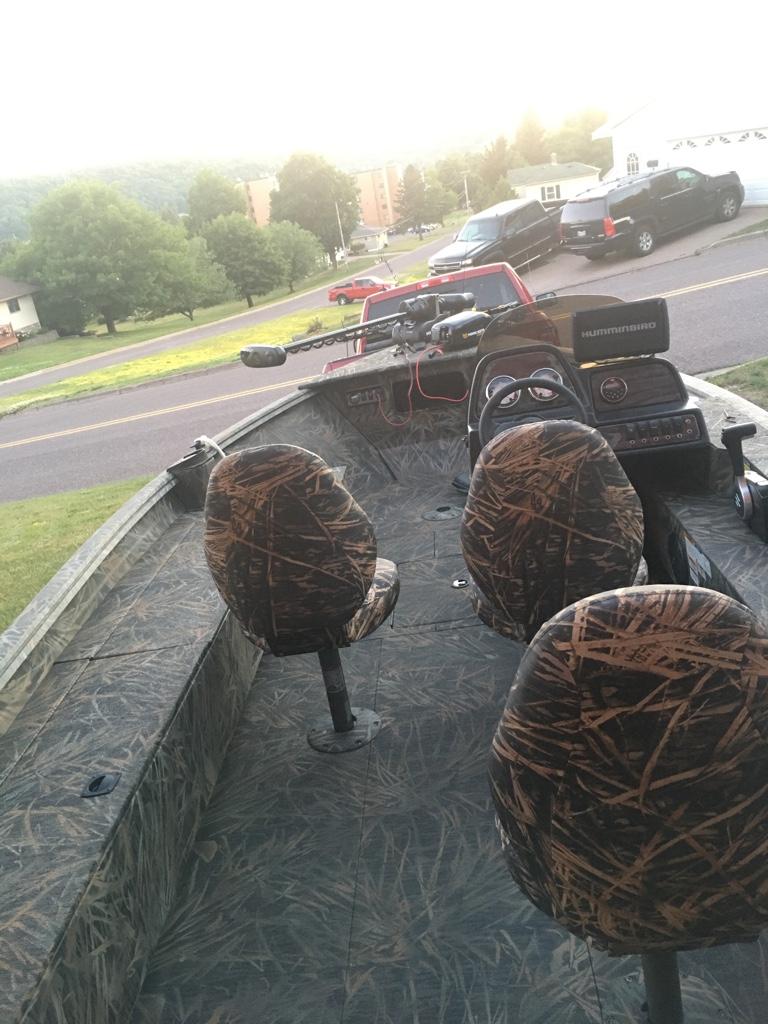 And Wally... I think you meant yoop yoop!!
goldfish

Sent from my iPhone using Tapatalk

Details on the boat?!

xrated wrote:Details on the boat?!


Sent from my iPhone using Tapatalk

thanks guy for the reaffirming words, those will help when I get the first payment lol

So the dealership I went through was freeway sport center in Fenton MI. Downstate, they’re a huge dealership and when I called the guy said they can build whatever I want, they have hauls and you customize everything and they just build and package the whole thing for you so I went with the following

That was all the stuff I specifically ask for, the standard stuff like fire extinguisher, life jackets etc.. came with it as well

As far as storage It’s great, 8’ rod locker, livewell w/ bait well, addition storage for life jackets, 2 storage lockers at the front, one storage in the floor, 26gal fuel tank (which is awesome after dealing with the 5gal tanks on jon boats) and trail master trailer which seems like a really solid trailer

The only items I excluded from my list was two canon optimum downriggers, I wanted to have them linked to the one boat system as well but then I learned they’re 1500$ a piece, so I thought cranking up downriggers by hand dont sound too bad lol so two downriggers are on the list to get sometime soon.

Took her out for the maiden voyage today to start the 10 hr engine breakin period and fiddle with all the toys, it didn’t disappoint at all, took it 3 miles out on Superior just for kicks today and that thing handles the big water awesome, it feels like the equivalent of me driving my Truck on a back road. It’s a whole new class of boat compared to the ModV, the sea ducks/ divers will feel my wrath this season


My ONLY outstanding decision is what to do about a duck blind I’d really like to get a beavertail 1800 BUT.... it’s for a max width of 87” and this boat is 92” beam, not sure if that would be a problem or not 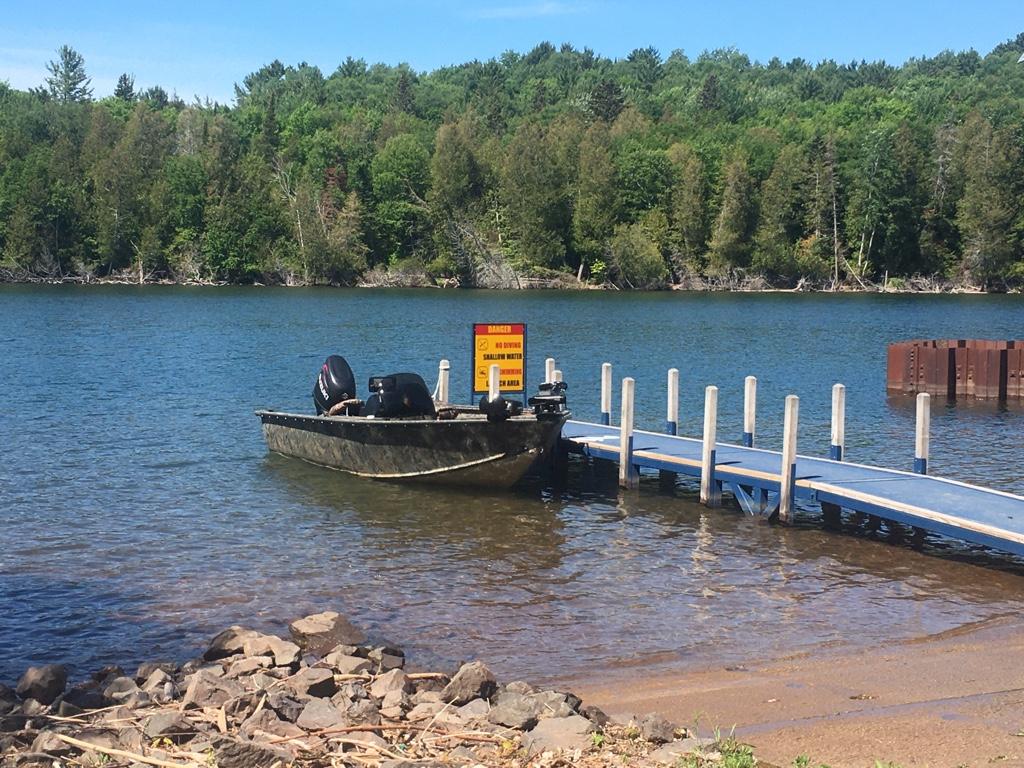 Sweet boat, that will definitely handle better on the big lake.

It is nice , Congrats
nickeleye

Don’t worry about that Beavertail blind... I’m sure you can find an ambitious and thoughtful yooper welding shop to re-engineer the width in a timely fashion at minimal cost!

Thanks man, me too lol.
hillbilly..

I recall you on the Chesapeake in 4 footers just riding those waves with a smile on your face.... not sure safety has ever held you back lol

Well got the boat out on the big lake and just about rigged up the way I want... do have 2 more rod holders and 2 brackets to change the location of the downriggers further back on the boat but she’s sea worthy... out 5-6 miles on the big lake fishing in 830’ and this boat was solid as can be, and landed my first king on the trip! 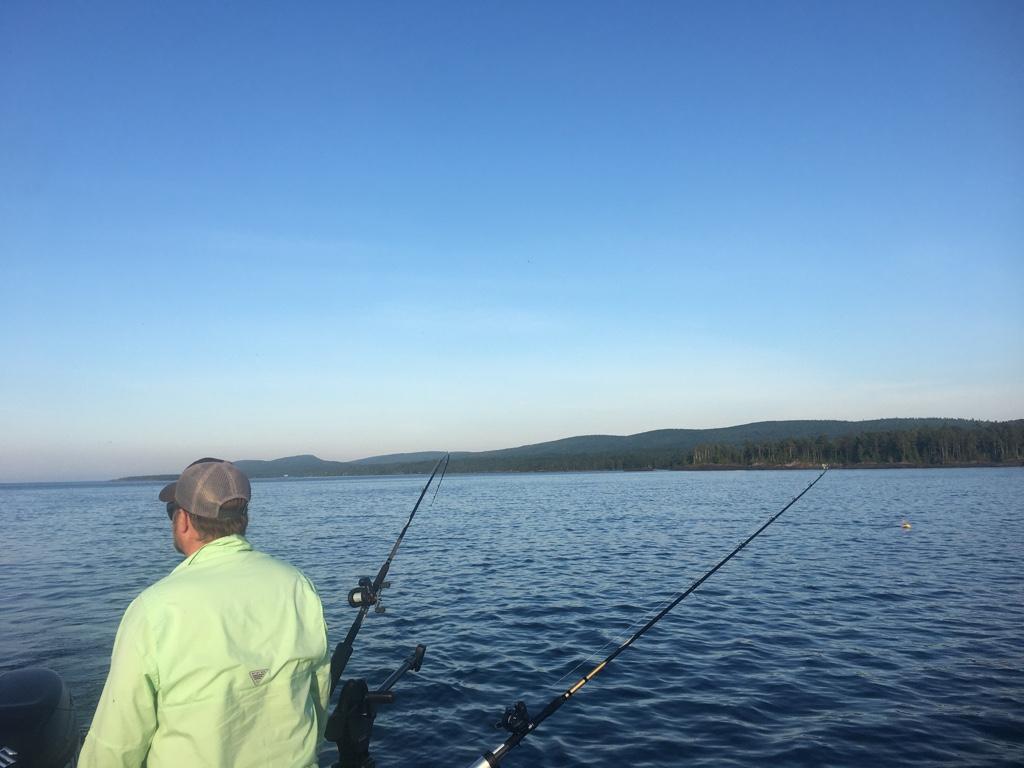 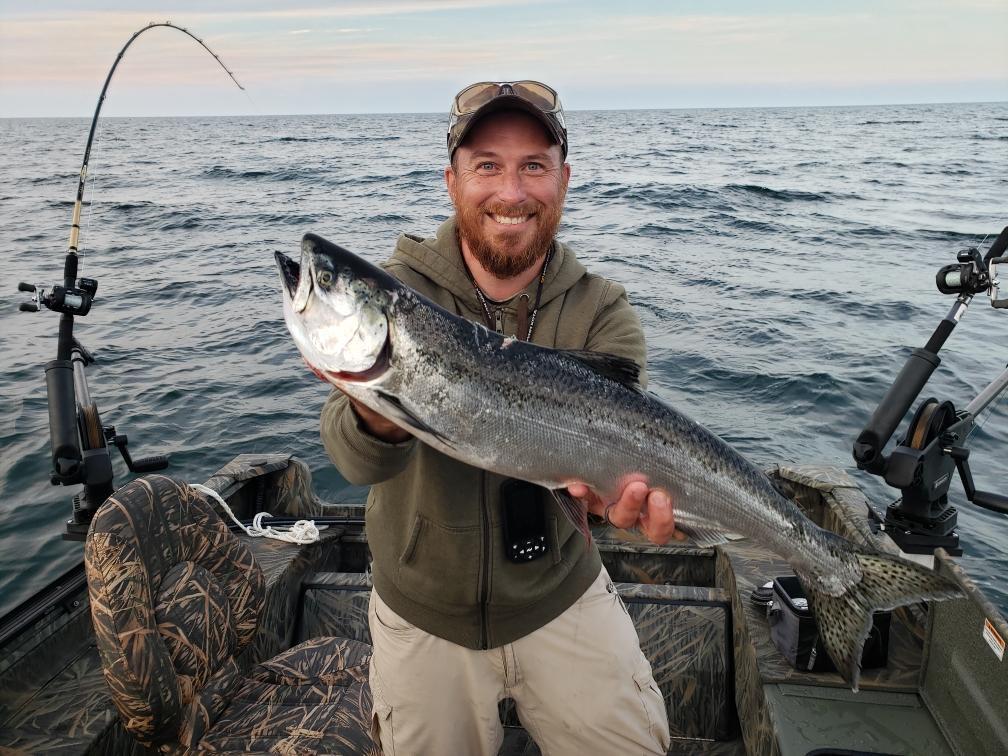 That’s a nice king, glad the boat handles as well as it looks.

Meh new boat and fish. What ever. 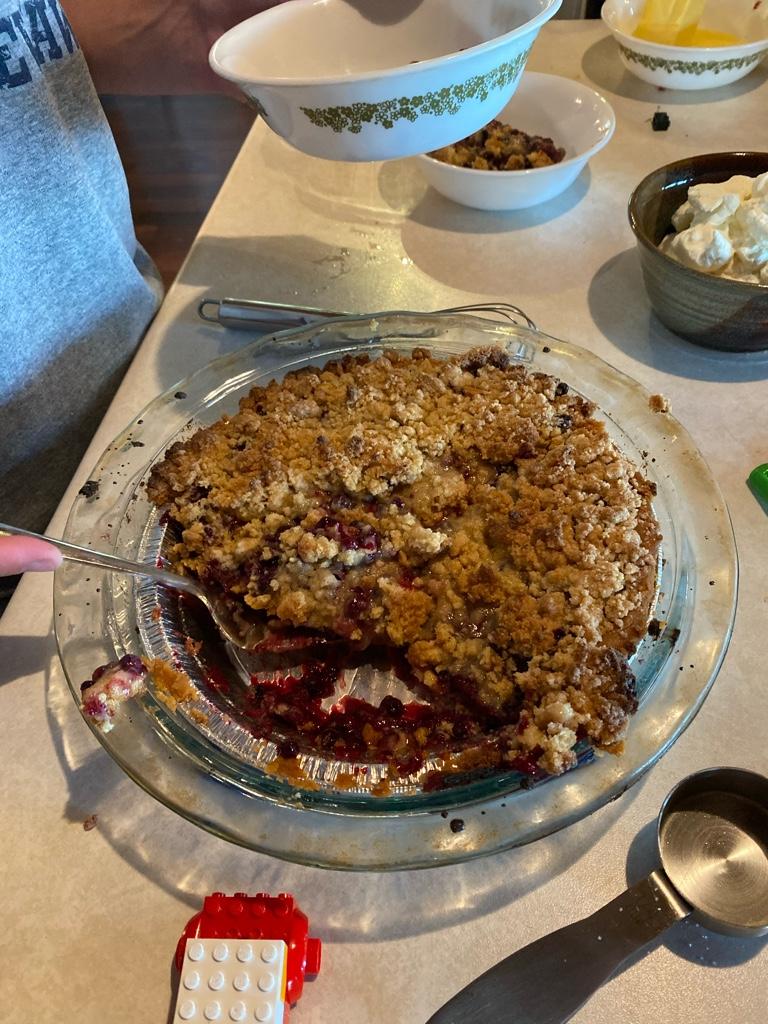 So somehow the wife ended up with a new camper even though we have a family cottage. Like I said before, she’s says I make more money everyday. We went camping for the first time over Father’s Day weekend and I was not happy with the little grill that came with it. I had to upgrade to the Blackstone Tailgater. Got it seasoned last night. Can’t wait to try it out. 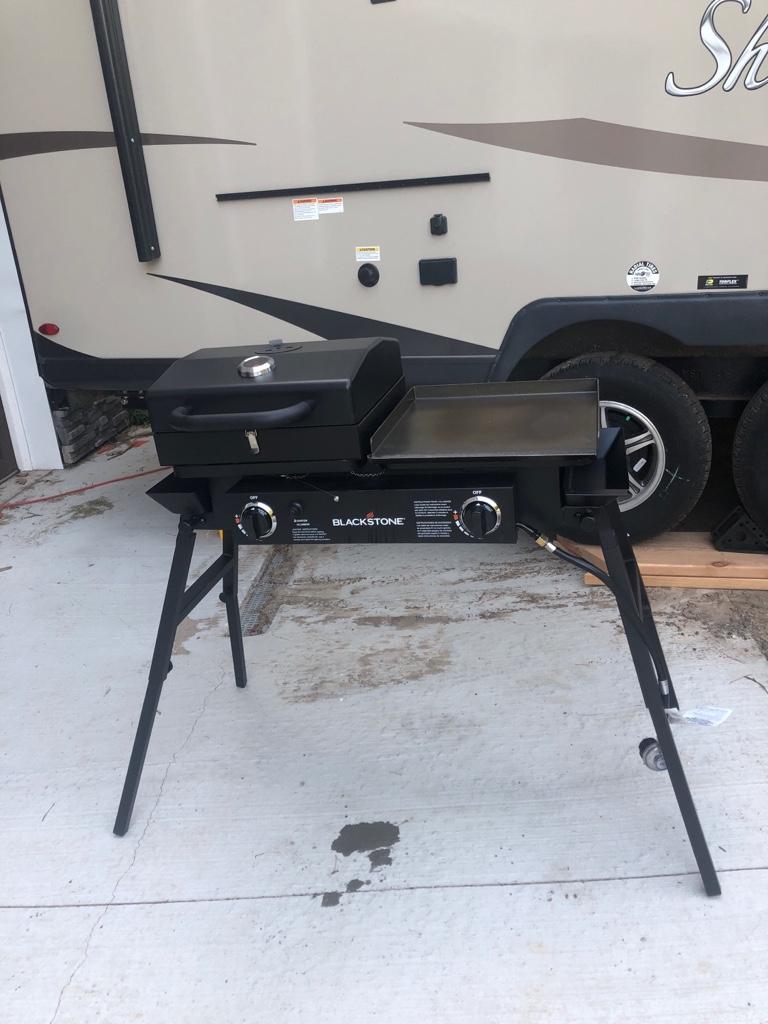 I can’t wait till you use it either!!!

Let us know how it goes... bacon and eggs on Saturday!
razorrt5